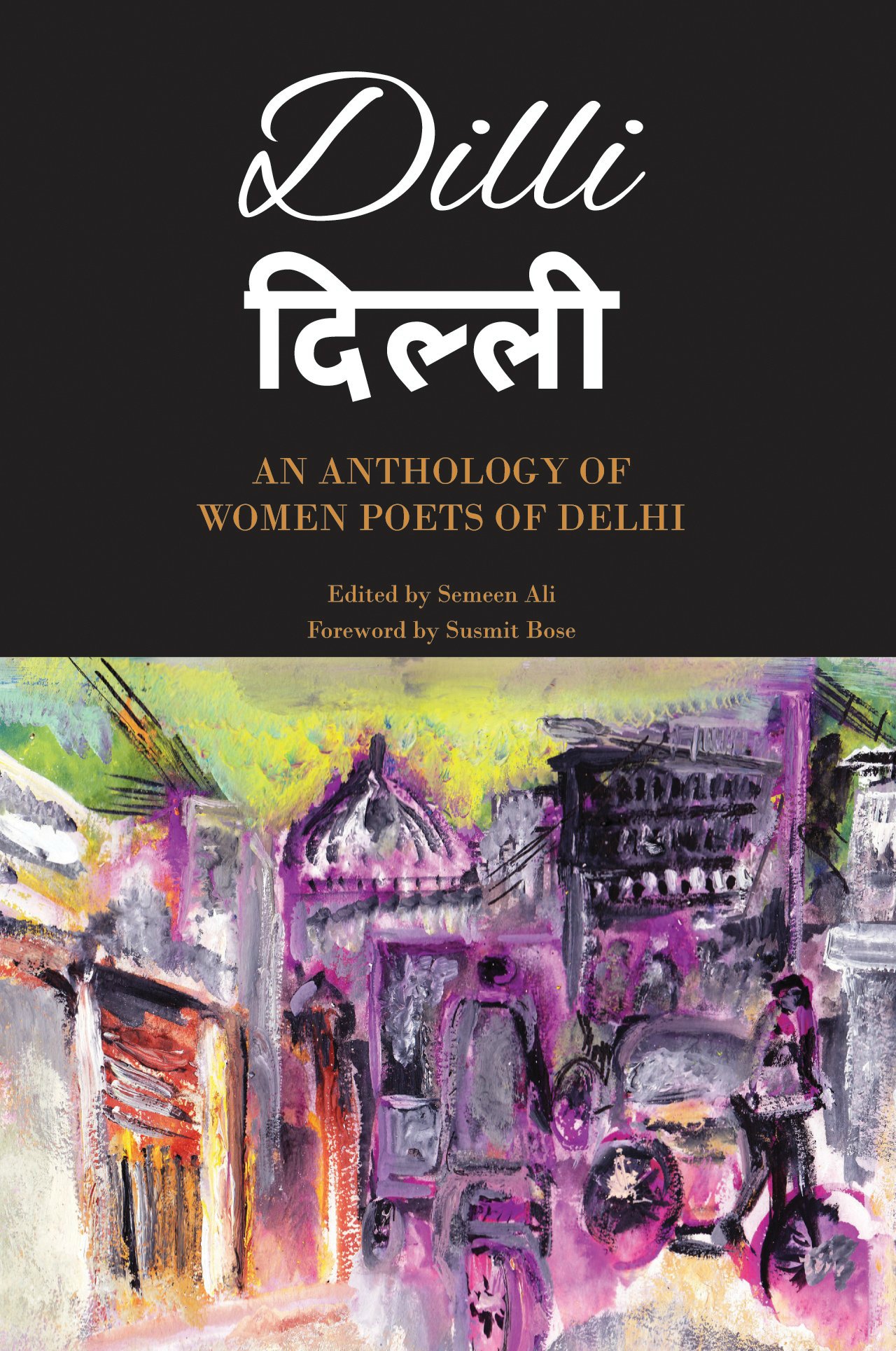 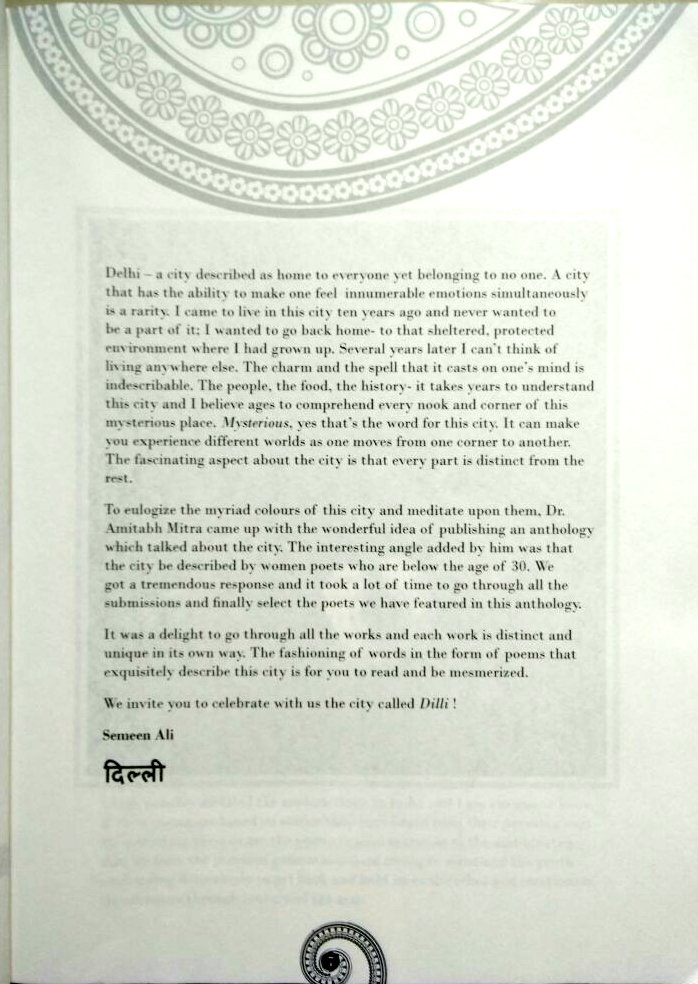 Dilli - An Anthology of Women Poets of Delhi x

She edited Dilli - An Anthology of Women Poets of Delhi published from The Poets Printery in 2014. The anthology focused on how women poets living or having lived in Delhi perceived the city. The city is described not only through its architectural history but keeps in mind the shaping of a woman's psyche by the people and the environment that the city offers. The poets ranged from as young as a sixteen year old to thirty five year olds. It not only captured the nostalgia of growing up in a city like Delhi but how it has shaped the way one looks outside and within.