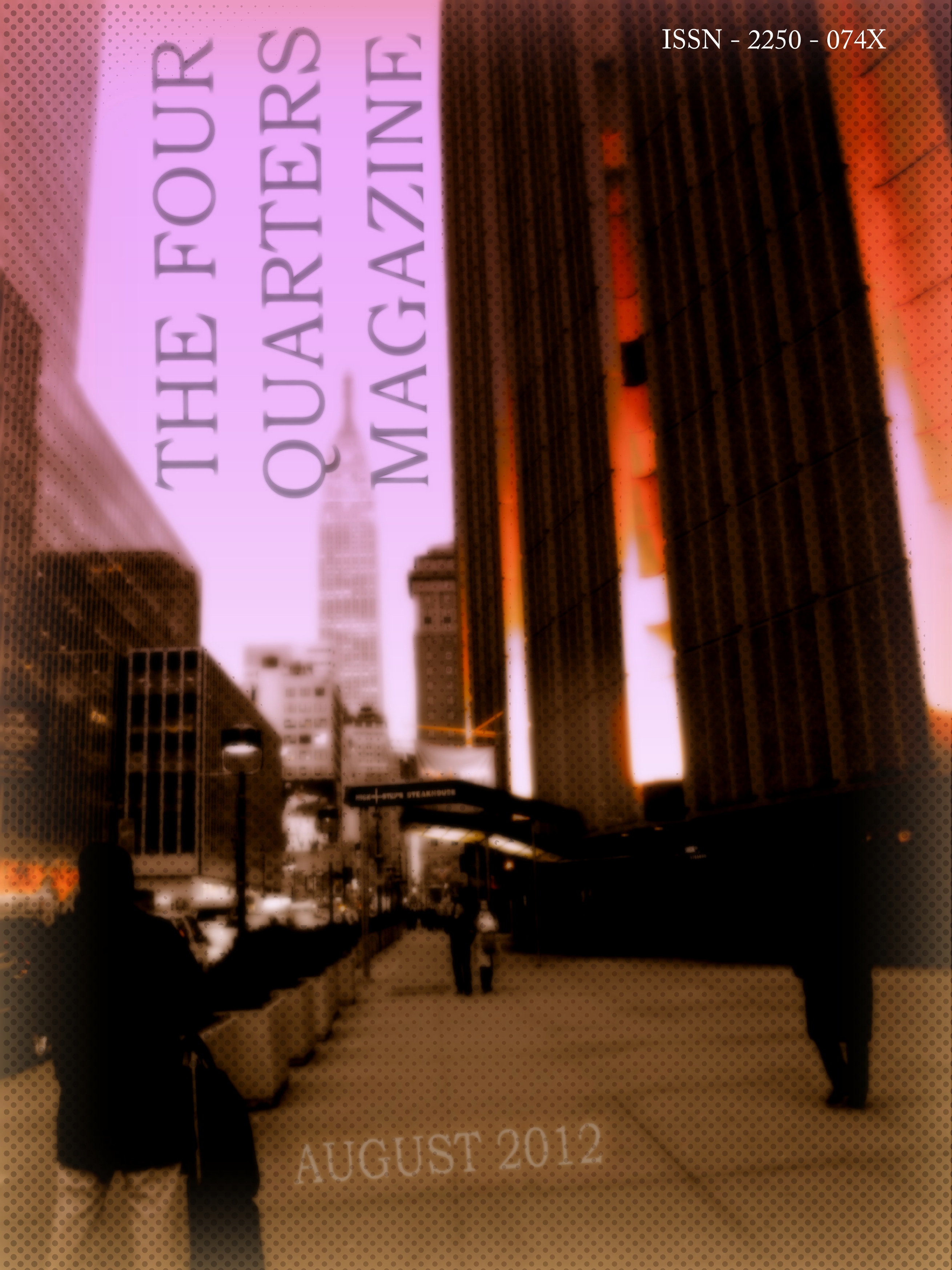 The two poems were published in The Four Quarters Magazine, August 2012 and looks at two different themes- The first poem senses the lack of solidity in the present world and concocts a "parallel world" where one can survive in relationships while the other poem seeks a new language to give expressions to the thoughts contained within. The idea behind both the poems is to explore the unstable grounds on which one dreams of existing and surviving, the necessity of imagination that makes one survive.

The poems can be read here