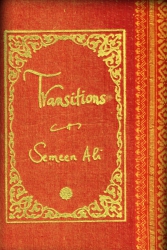 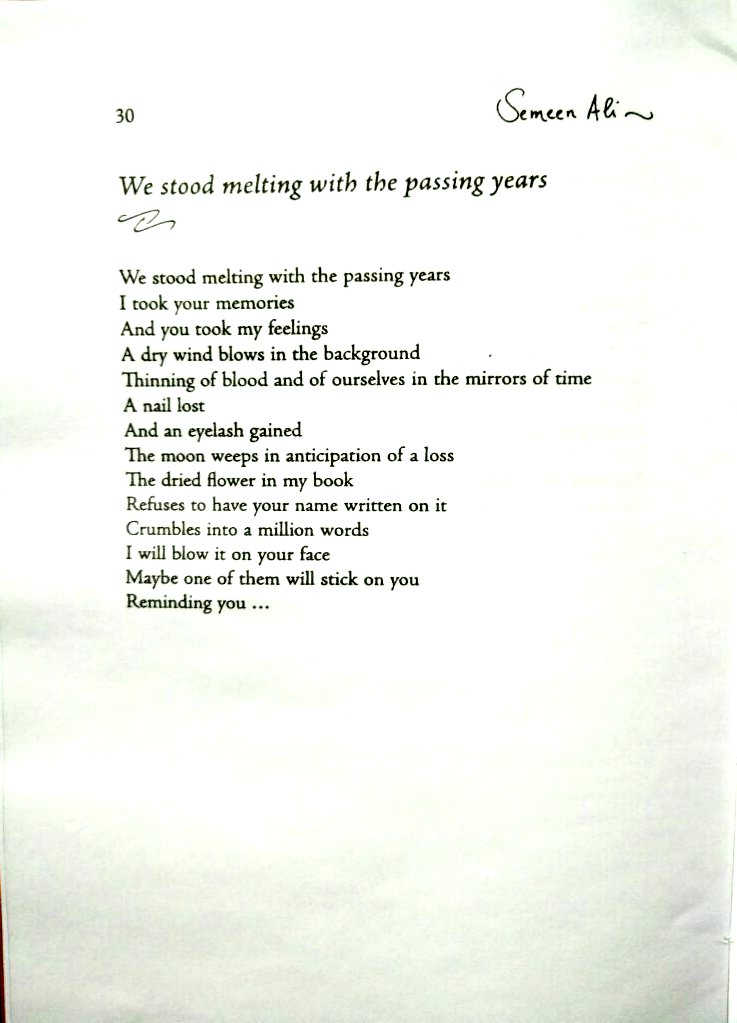 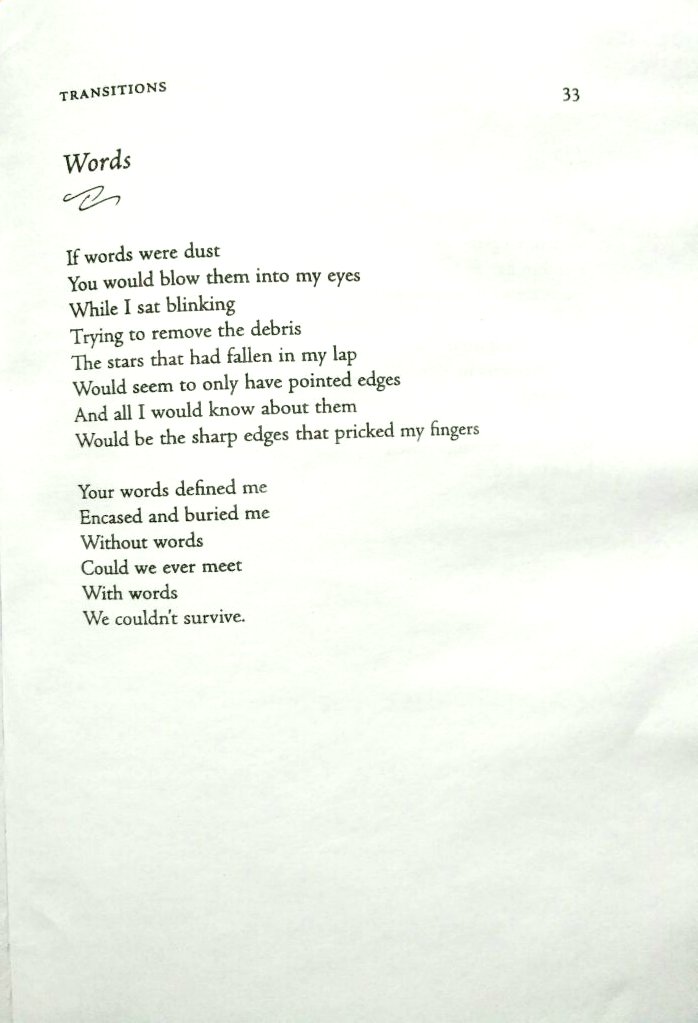 Transitions was published by Ananda Lal- Writers Workshop, Calcutta in 2014.

The poems deal with a sense of loss and a transitory state of mind as it tries to come out of the pendulum-like emotions that engulf it. There is a new found freedom when looking back at the past to create a "parallel world" which is better than reality. The sense of loss is not only restricted to the passing away of a dear one; the poems also describe crumbling relationships. The fleeting, transitory nature of relationships and the fragility that threatens them has been dealt with in this work.

The book is available with the publisher.